In making united nations after I went to New York, one of my feelings was that it was a melting pot, that it was a multiethnic, multicultural center for contemporary art. And its direct impact on me was that I hoped that my works wouldn’t only represent my background, my cultural background, I hoped that they would form a response to the environment and culture of New York and America. When I first started, it was difficult. Like when I made American monument [sic], I collected all the hair by myself. The Chinese hair was collected in Chinatown barbershops, and the Native American hair was collected from their respective places. I went to several different areas to collect hair, and this process was complicated. Some barbershops were unwilling to give me hair because of privacy. Some of the barbershop owners were a little worried that the customers might sue them because I used their hair. Native American barbershops were reluctant because culturally they believed that hair is part of their spiritual property. So they had a more religious and native cultural understanding of the issue.

There was a huge shift from my ink works involving Chinese characters to my involvement with material. When I left China around 1987, I had stopped believing that characters could really communicate this material world. The universe is a material thing. I hoped that my works could continuously engage the material world. To make the material world into man-made art is essentially to use human materials. So I took human materials and gradually transformed them. I made several works involving various materials that have been exhibited in many places. And in the end, I honed in on humans themselves.

There’s a transaction here—a process from human material to object. Some say that when hair leaves the human body, it continues to grow longer. There’s still life in it. In reality, this object, at a certain point using modern science and within a certain period, can be used to extract DNA and clone that person. I hope, through my use of materials, many layers of values and meanings can extend from the human body.

Although this work is called united nations, it has nothing to do with the political organization. It also received no financial support from the UN; it is my own work. I hope that through my hands, I can create a monument using the hair and genes of people from every country. From 1993 up to today, I have hair from 5 million people from around the world. A single work includes 500,000 people.

America itself is a country comprised of immigrants, so with this American monument, I wanted to bring out this multicultural aspect. From the perspective of united nations, one can’t combine every living person into a single work, but one can use DNA as a representation. So in reality, if you want to realize a united nation, it’s not quite possible. But this dream can be achieved through art by bringing parts of humanity together.

When gu wenda first moved to the United States in the early 1990s he began experimenting with different bodily materials. In 1993, he intermingled and felted strands of hair collected from around the world into a large-scale installation. Since then, gu has continued to use hair as the main material in his ongoing united nations series.

Conceived as “national monuments” for multiple countries around the world, each monument was composed with hair collected from the local community as its basic material. Shaping the hair with glue into transparent tapestries, on which he would inscribe cryptic pseudo-calligraphic texts using human hair, gu envisioned that the project would culminate in “a giant wall composed of pure human hair integrated from all of the monuments in the series.”1 Such a monument would symbolize a utopian world in which all races coexist in a state of natural harmony.

For american code, colorful braids of hair form a tent that encloses a flag, similarly made from hair. By bringing together hair from disparate groups of people from around the world, gu evokes the United States’ identity as a nation of immigrants. However, the flag hanging in the center of the monument does not belong to any particular country; rather, it is made up of a generic star and stripes formed by pseudo-scripts. By weaving together this common but profoundly personal material, gu reflects on the relationship between human interconnectedness and distinct personal identities.

“One can’t combine every living person into a single work, but one can use DNA as a representation. So in reality, if you want to realize a united nation, it’s not quite possible. But this dream can be achieved through art by bringing parts of humanity together.”
—gu wenda 2

Commissioned by the Smart Museum of Art, The University of Chicago; the Los Angeles County Museum of Art; Seattle Art Museum; and Peabody Essex Museum for the exhibition, The Allure of Matter: Material Art from China. 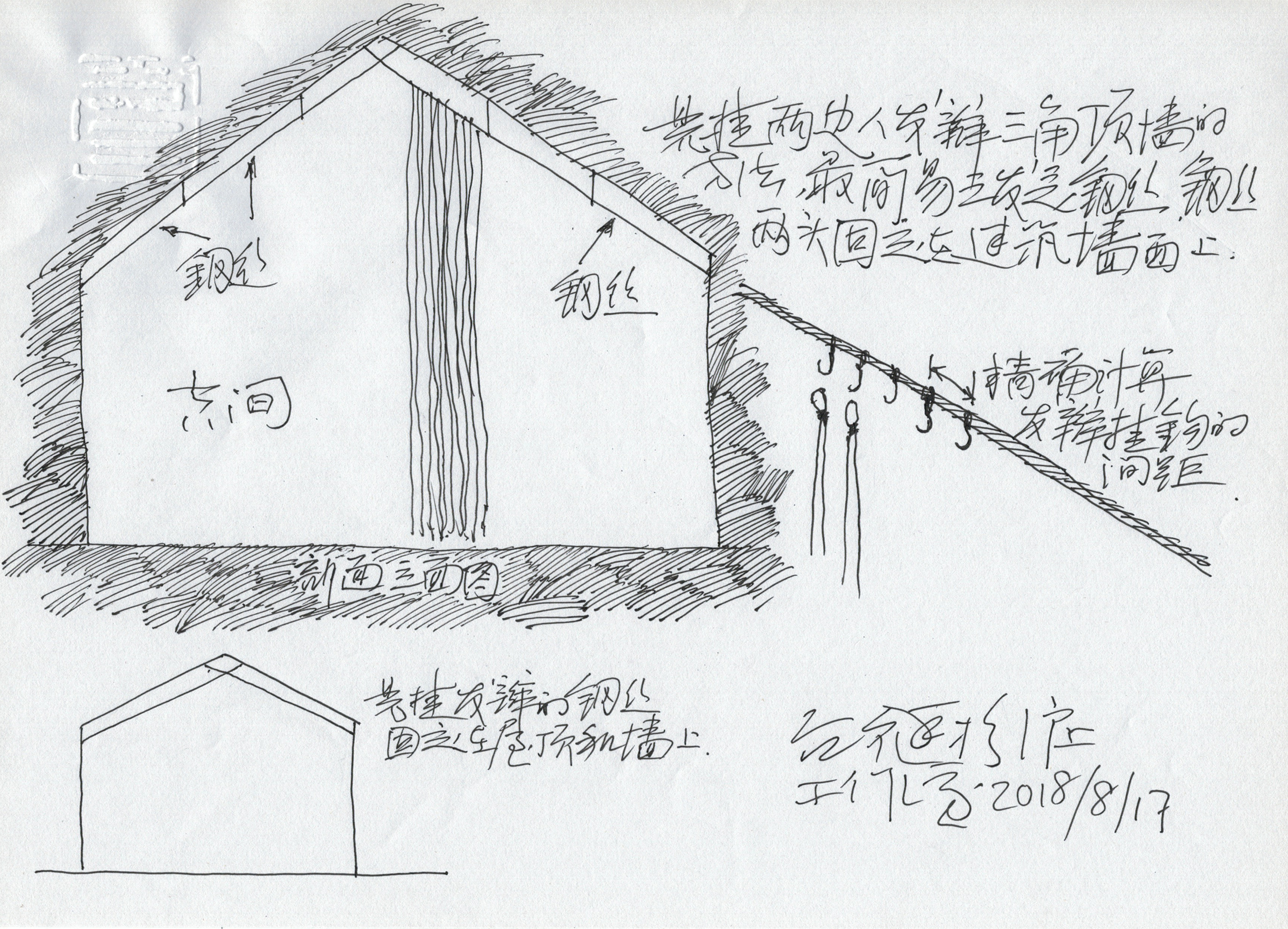 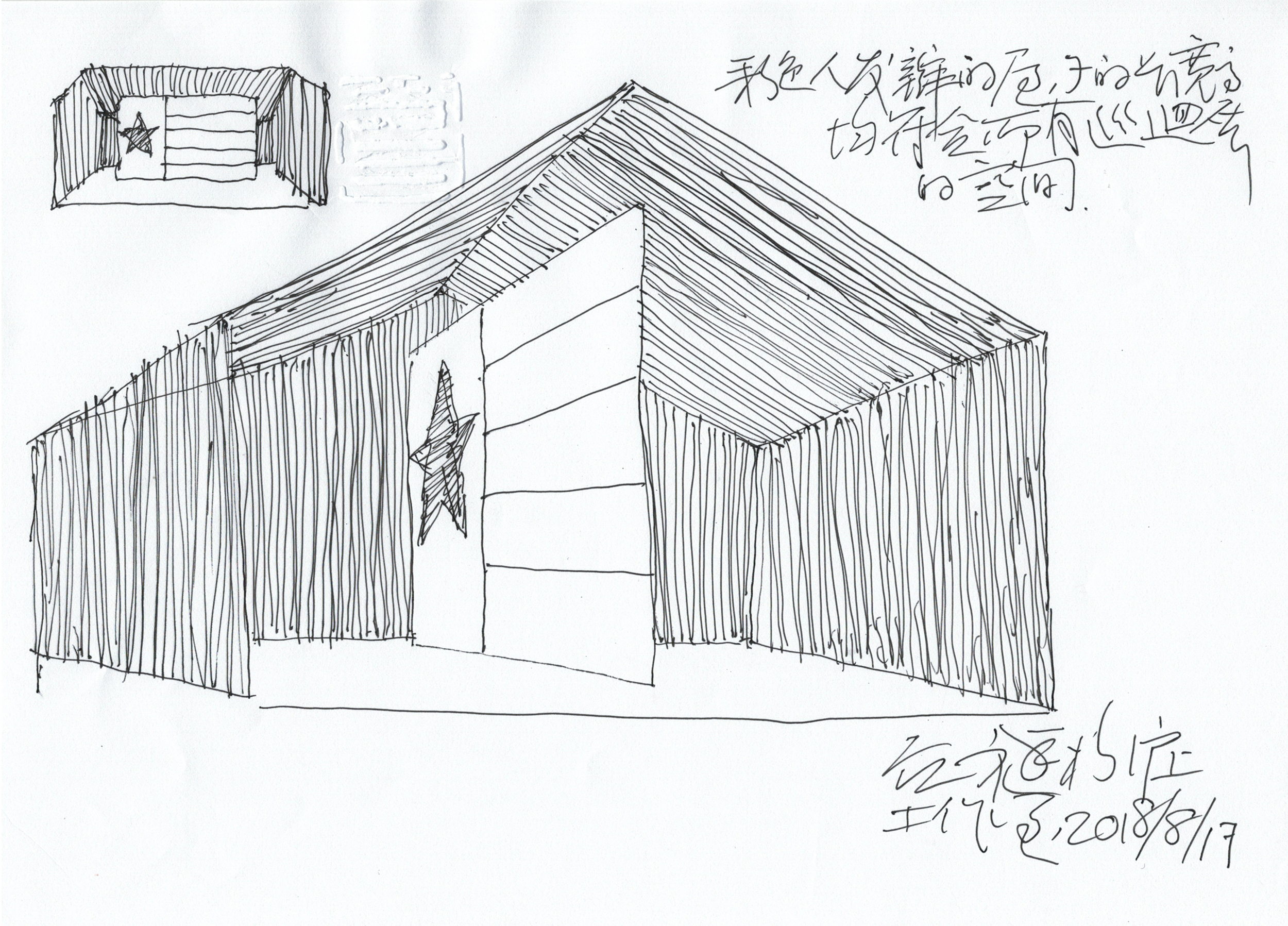 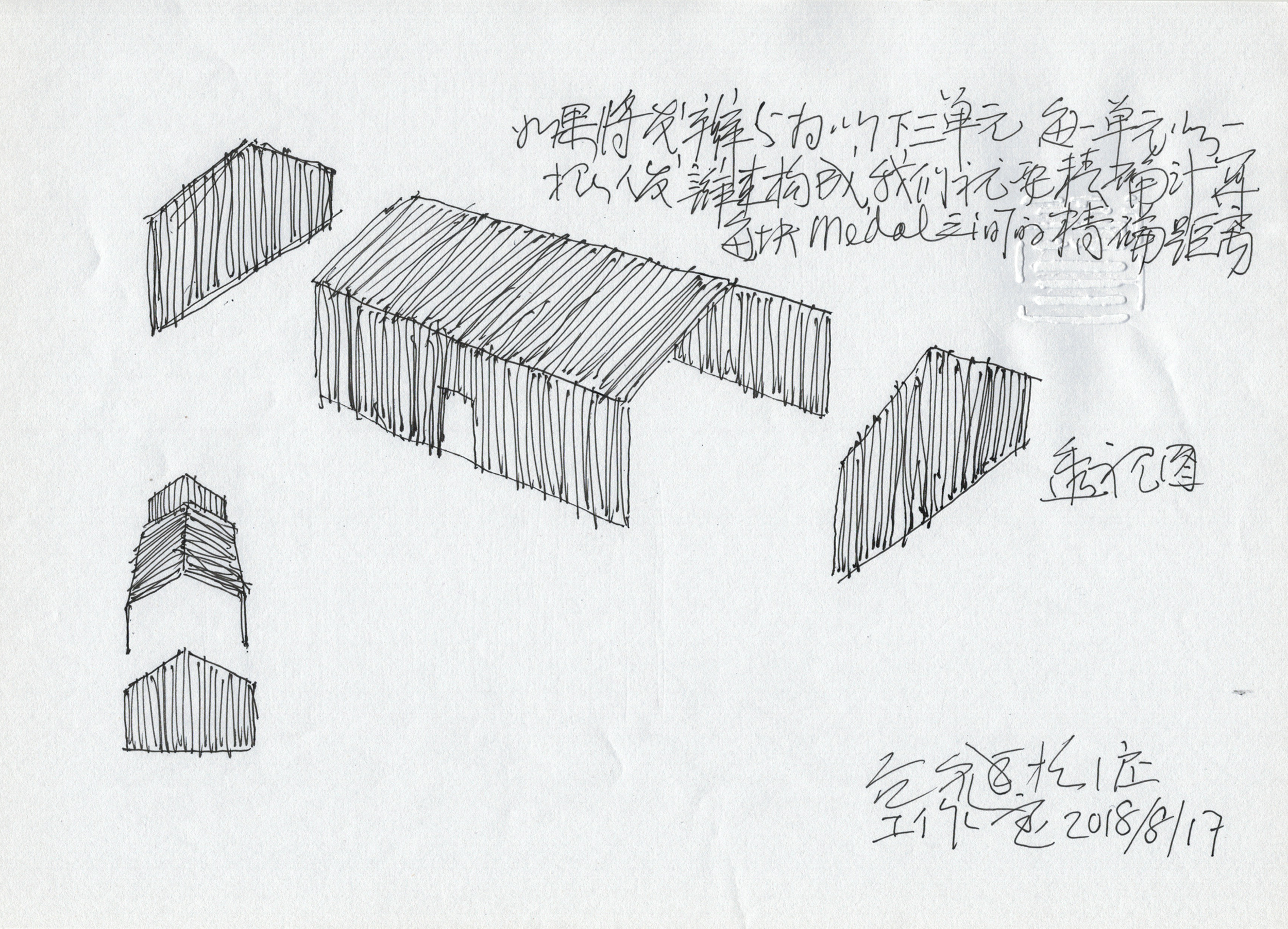 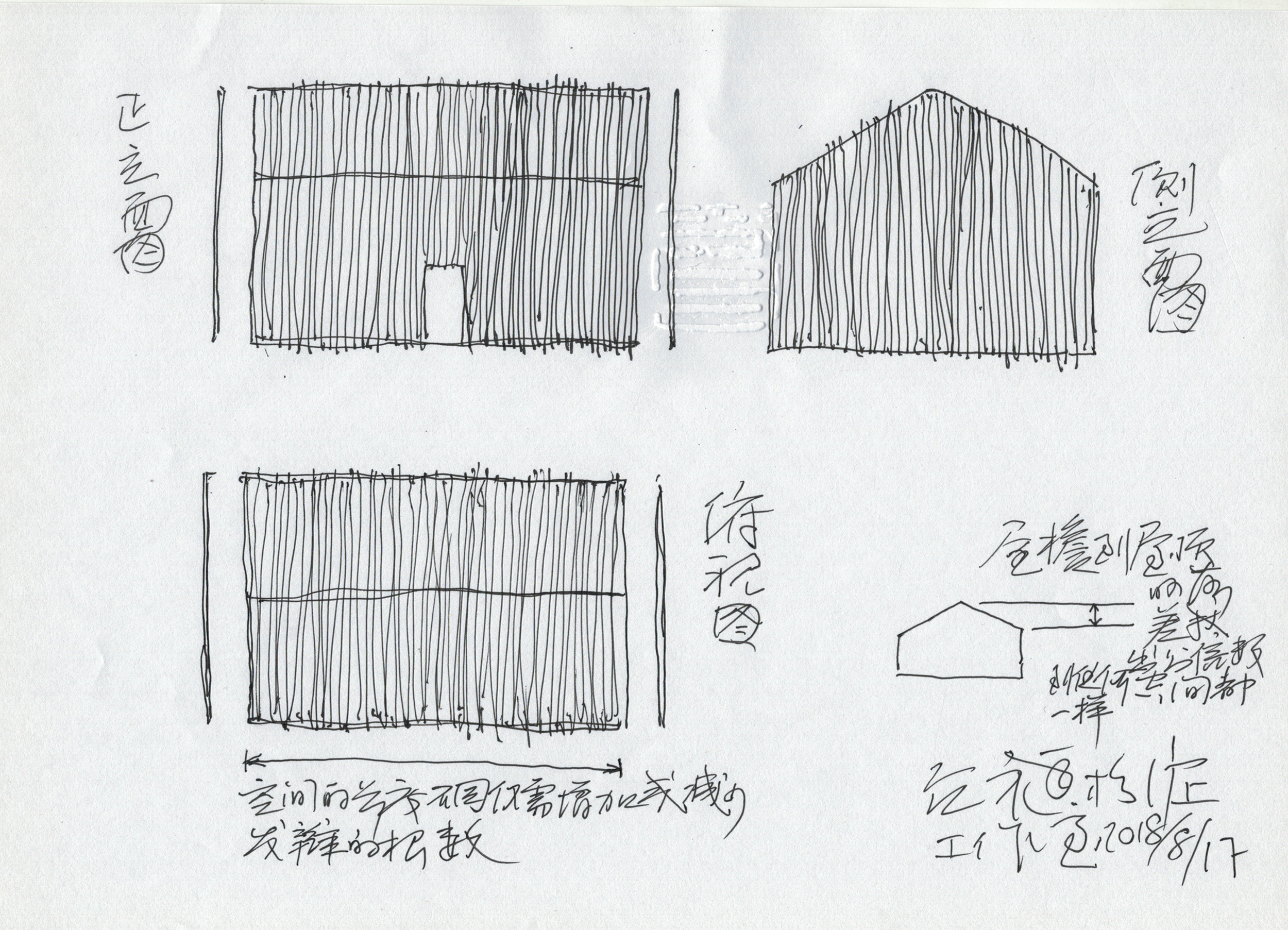 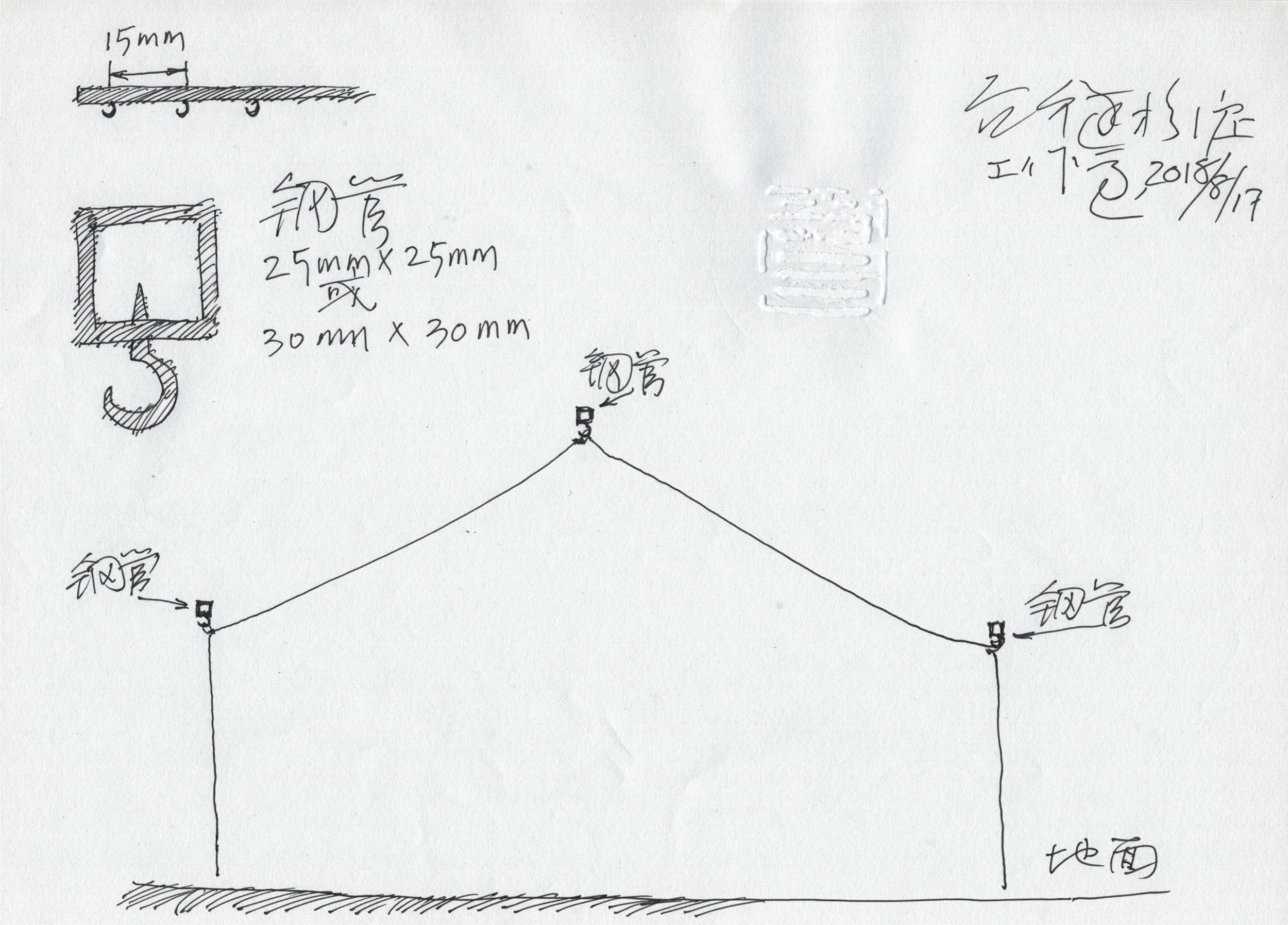