When Coca-Cola was first translated into Chinese, it was called keke-kena, not kekou kele.

I wanted to re-activate this image, making the material more dominant, reimagining it through the use of Coke itself, the liquid that we ingest into our bodies. So I made a very simple kitchen in my studio and boiled the first ton of Coca-Cola. After boiling the first ton, I was reminded of the powerlessness of the individual in China, just as one is faced with a ton of Coca-Cola. So I wanted to repeat this powerlessness in boiling 127 tons of Coca-Cola. I couldn’t realize this project in Beijing, so I returned to my hometown, Dandong, Kaundian, made a very simple studio, and found ten people to help me. We worked for a year and a half and went through 127 tons of Coca-Cola.

Every time I left the studio to visit Beijing and then returned to the studio, from very far away I could smell the sweet smell. The entire area around that village had the smell of boiling Coca-Cola. And it’s texture was very beautiful. When it was first poured in, it looked normal, but when you increase the temperature to a certain degree, the Coca-Cola will slowly solidify, but before it solidifies it will bubble and emit a white smoke. When the white smoke has evaporated, it will solidify and become like a multicolored crystal.

We had it tested and discovered that it contained many “interfering” chemical substances, which are added to the cola to disguise the secret of its ingredients and protect its commercial secret.

Coca-Cola was already widely consumed in China by the time He Xiangyu began his first major work of art, Cola Project (2008–12). As part of this series He manipulated the soda, subjecting it to physical and chemical (or alchemical) change.

For many, Coca-Cola is an icon of Western culture and consumerism, however, He has transformed this ubiquitous product into a medium for artmaking. He’s process consisted of boiling down sixty thousand bottles of Coca-Cola in batches, destroying the soda itself in the process, until he was left with desiccated cola-ash. At first, He worked alone, and it took more than six months to boil down one ton of soda. With the help of a crew of migrant workers, all working in a lumber mill outside He’s hometown of Dandong, Liaoning, however, the artist industrialized his process to mass-produce the soda ash. In total, the artist reports boiling down 127 tons of soda.

Cola Project has been presented in a number of different iterations that experiment with the substance in different ways. Included in this exhibition are nine sketches for different iterations of the project along with A Barrel of Dregs of Coca-Cola, which features cola-ash encased within a metal display vitrine.

“When you increase the temperature to a certain degree, the Coca-Cola will slowly solidify, but before it solidifies it will bubble and emit a white smoke. When the white smoke has evaporated, it will solidify and become like a multicolored crystal.”
—He Xiangyu 1 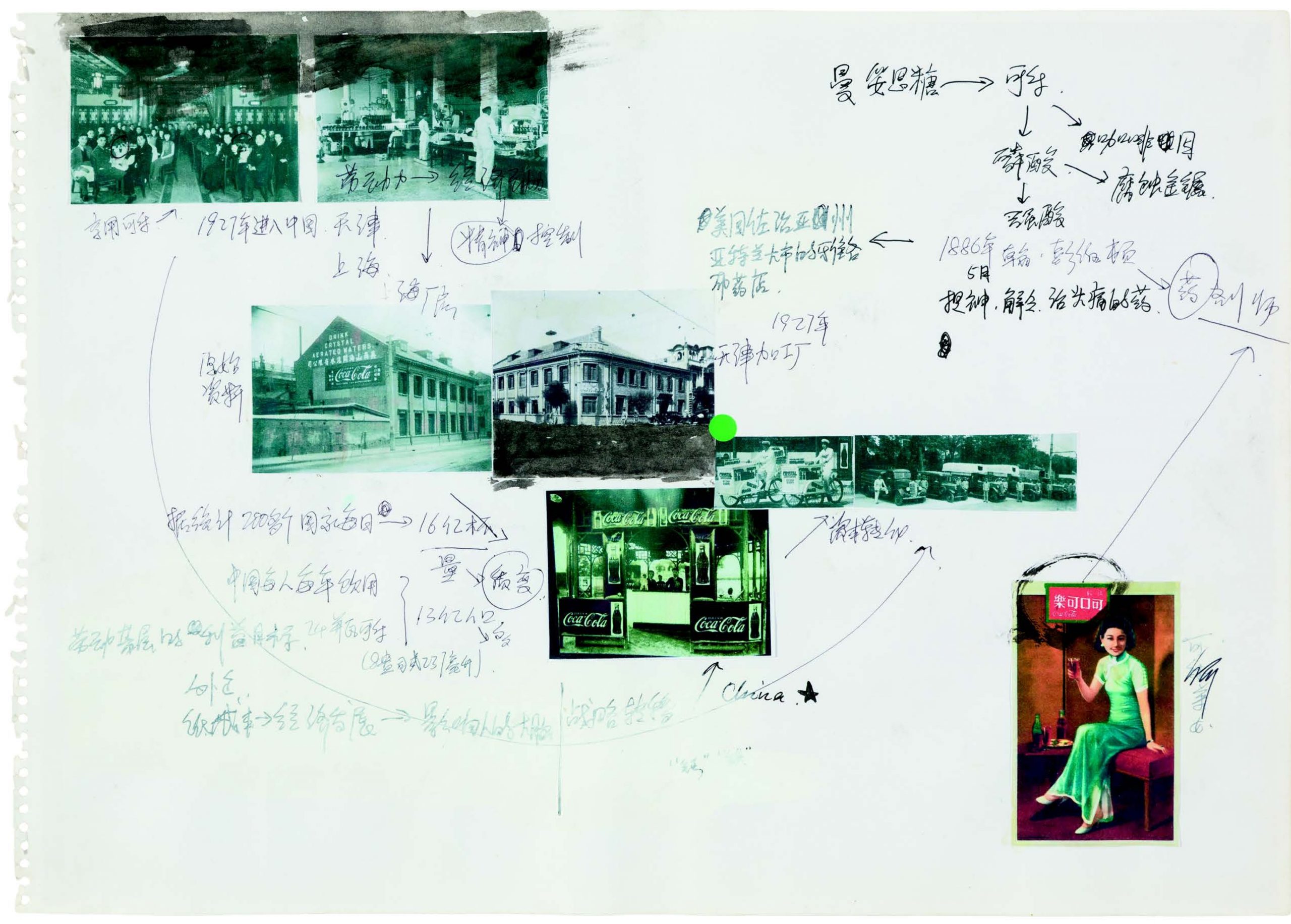 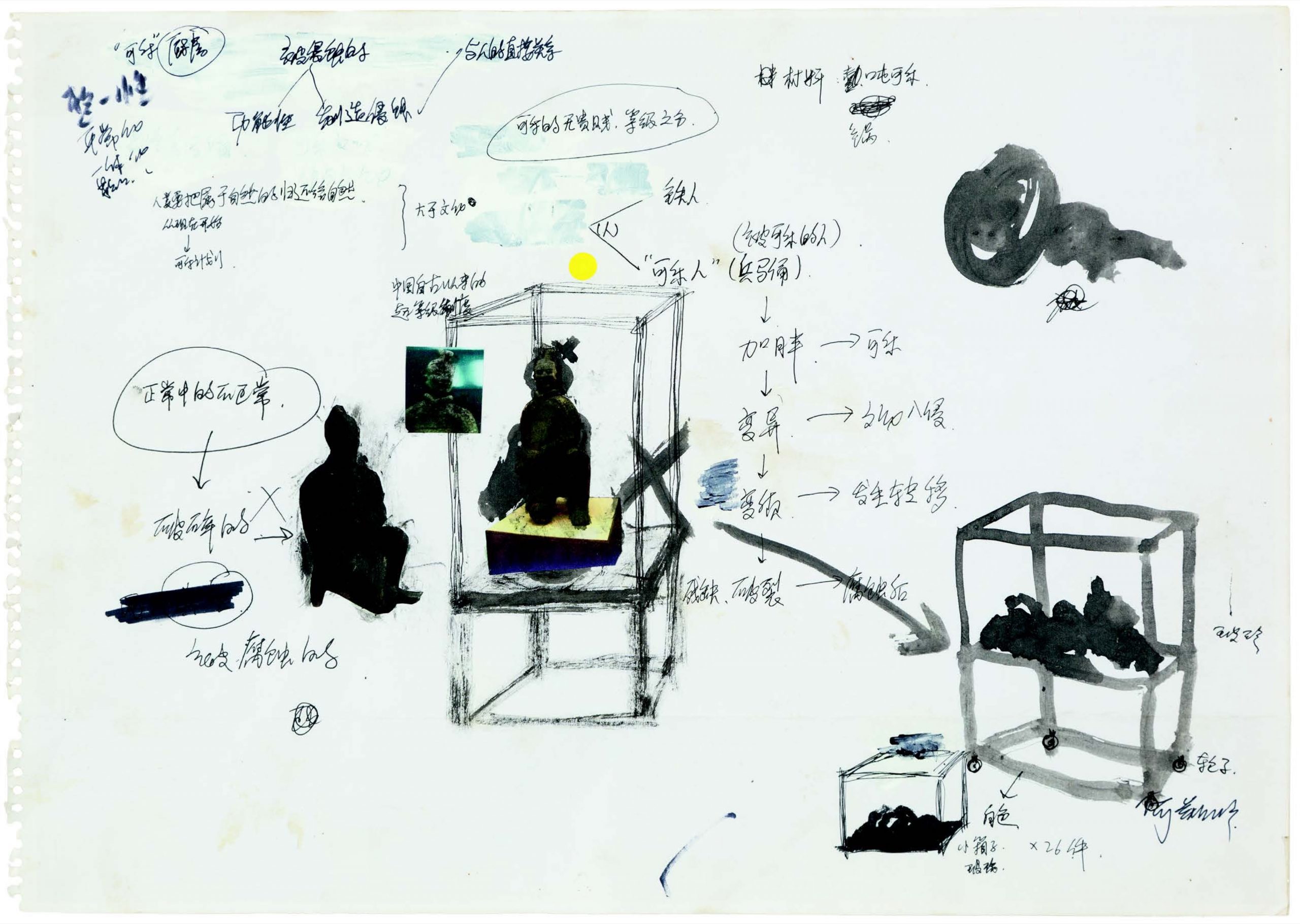 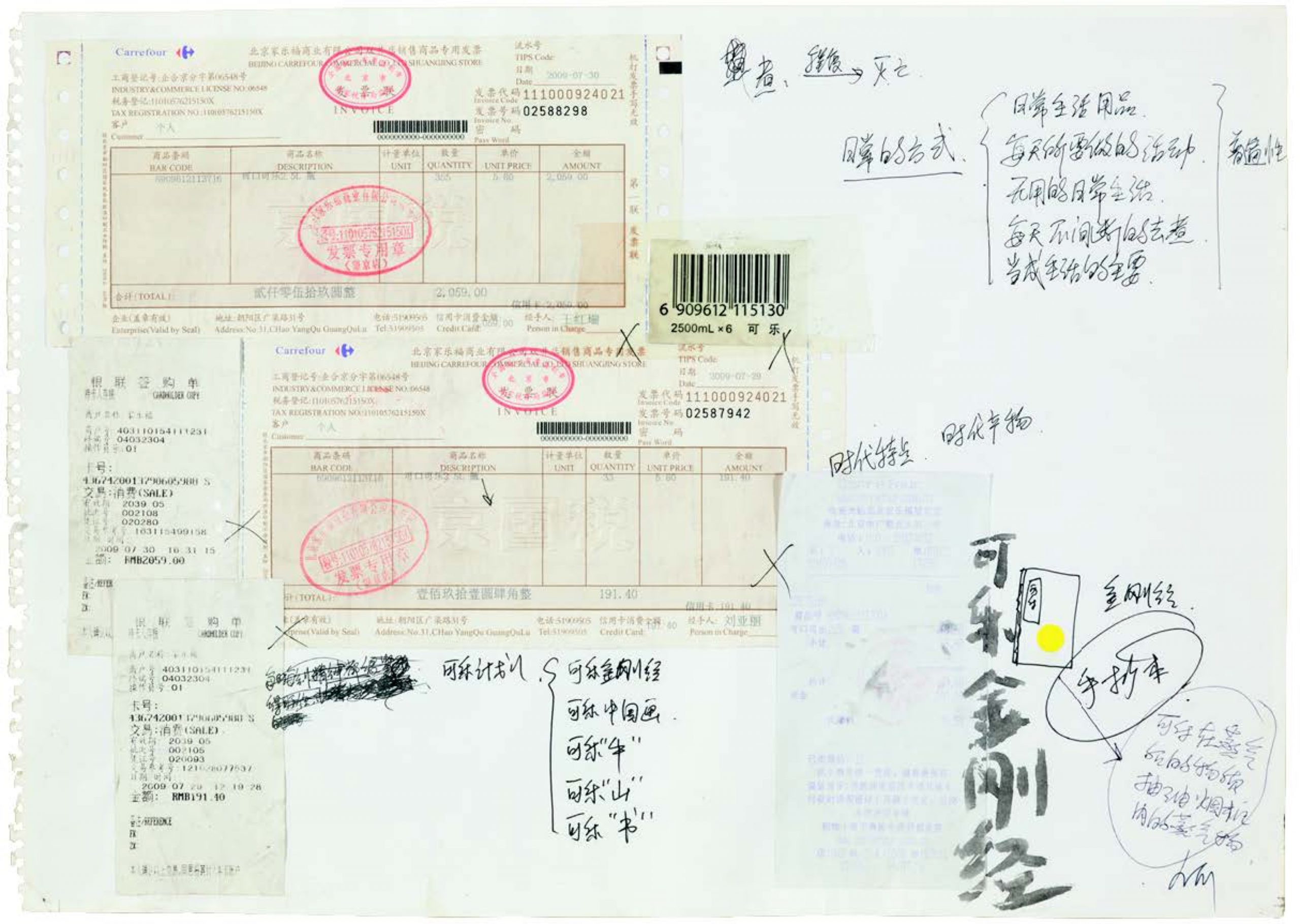 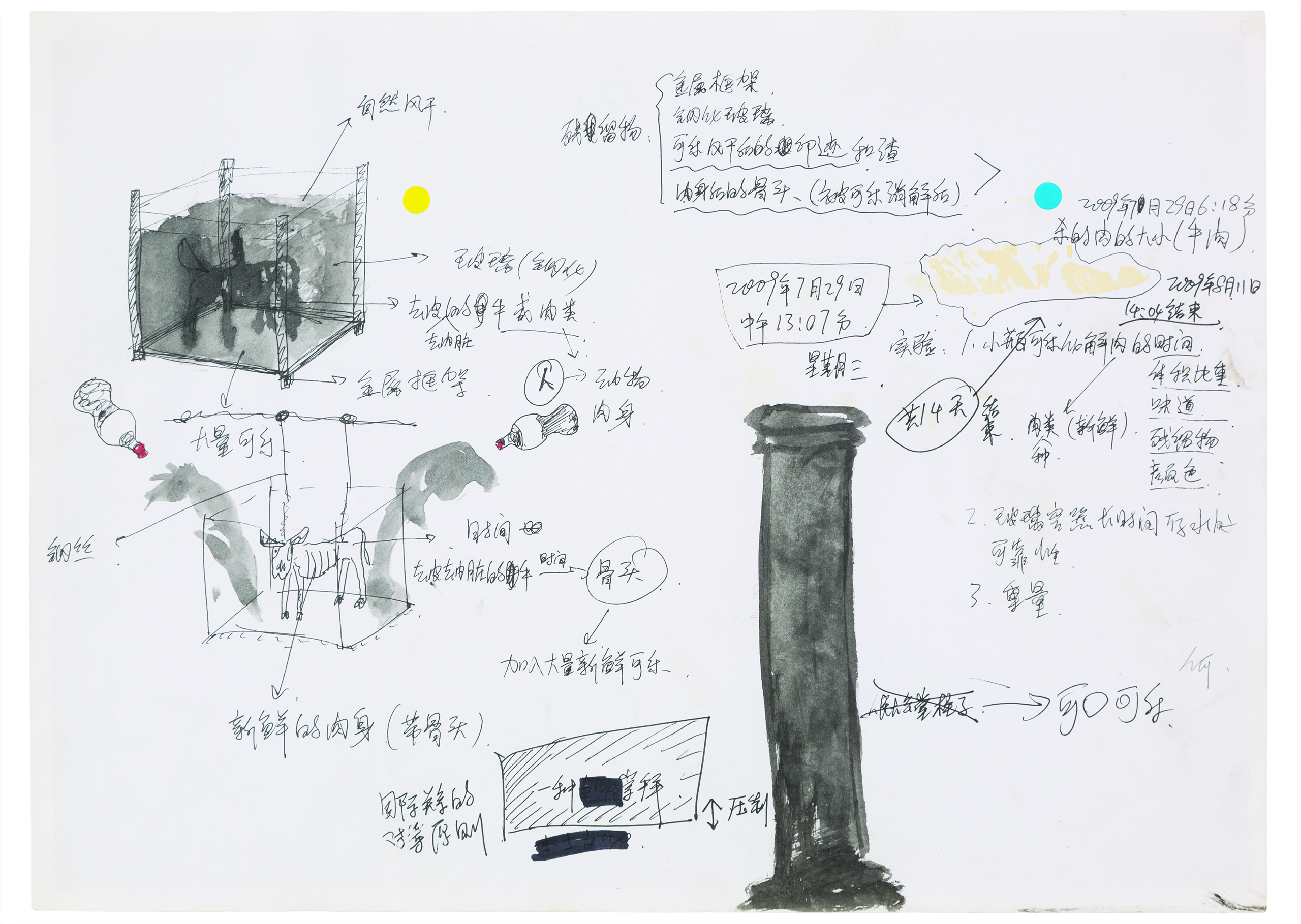 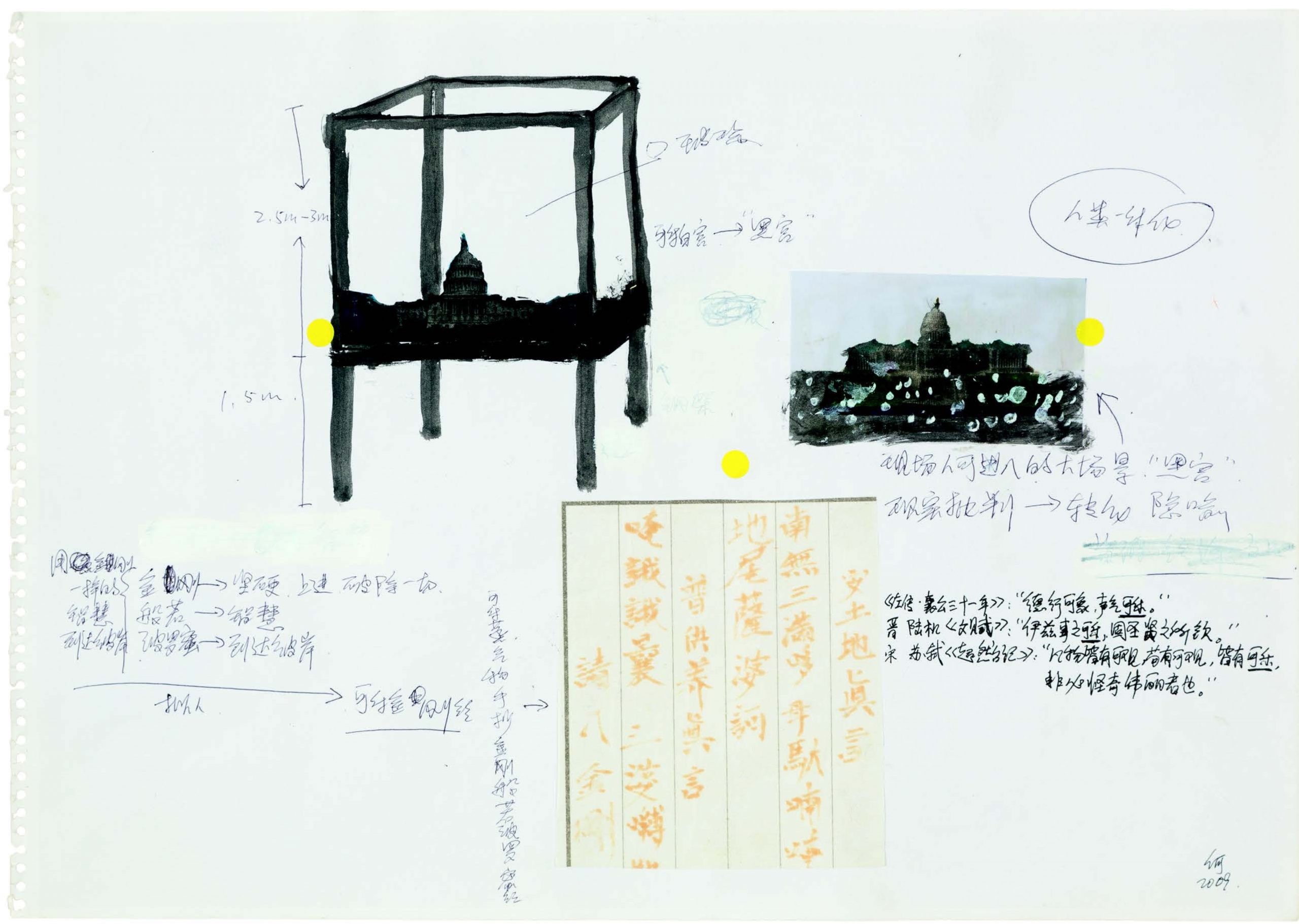 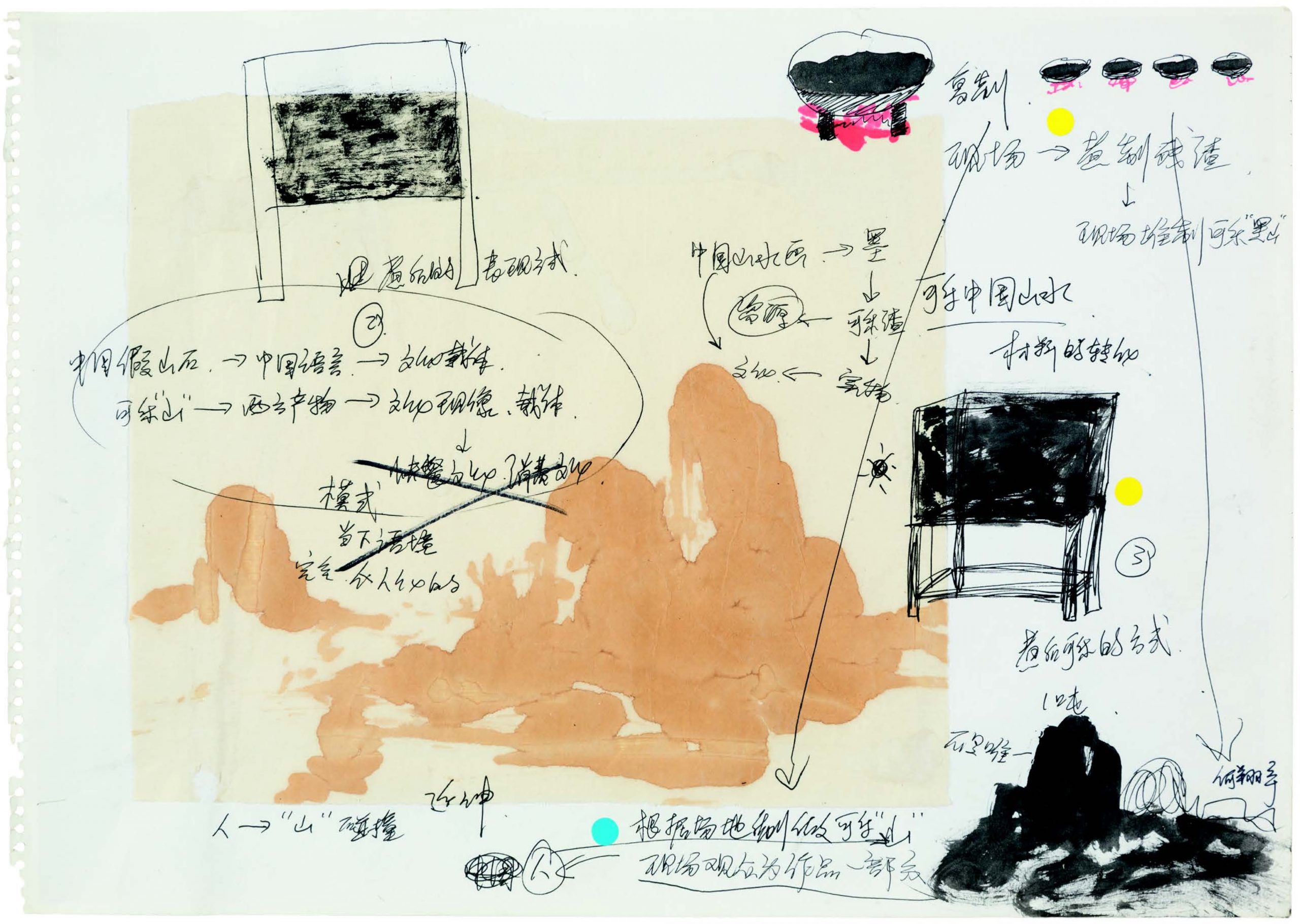 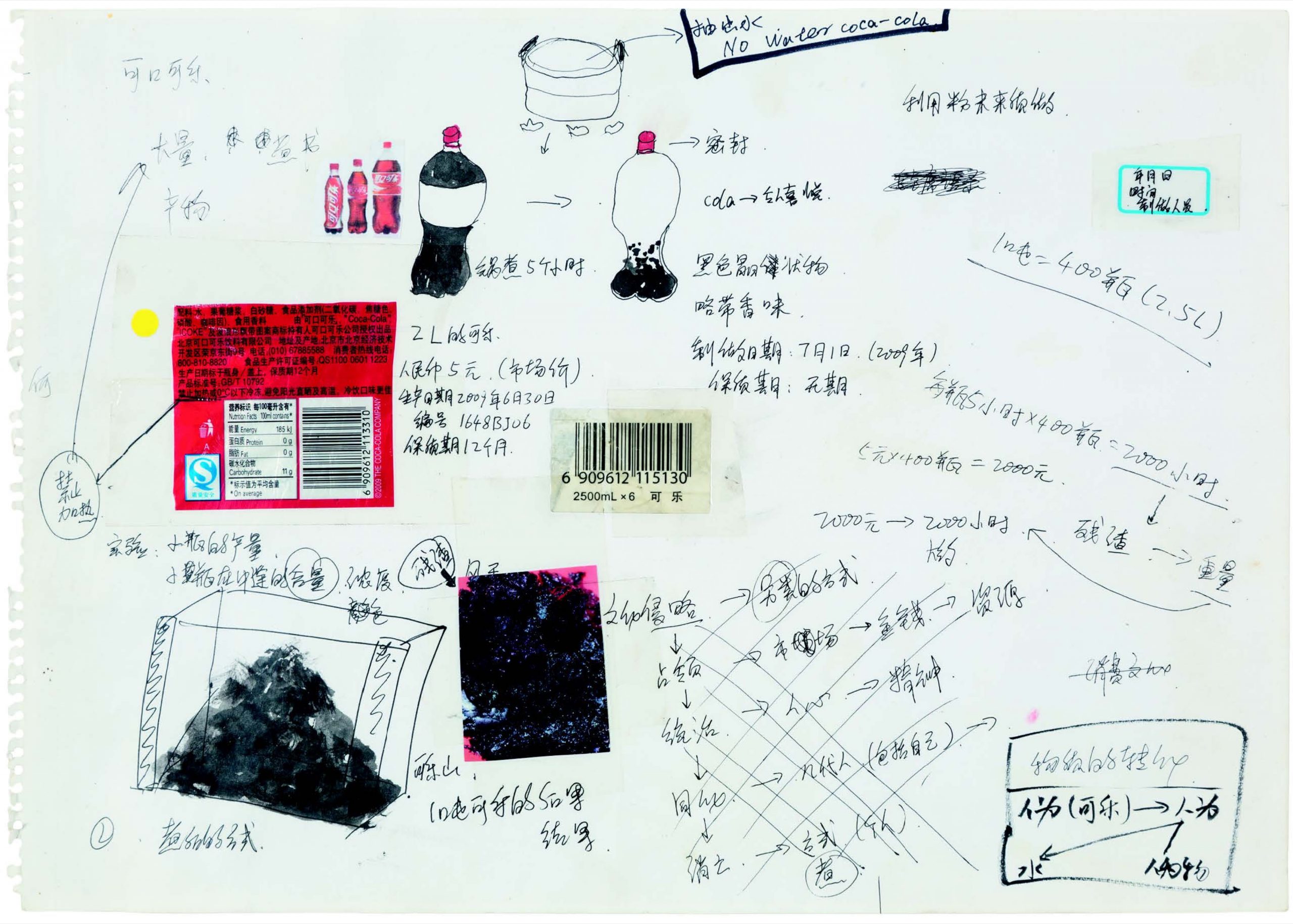 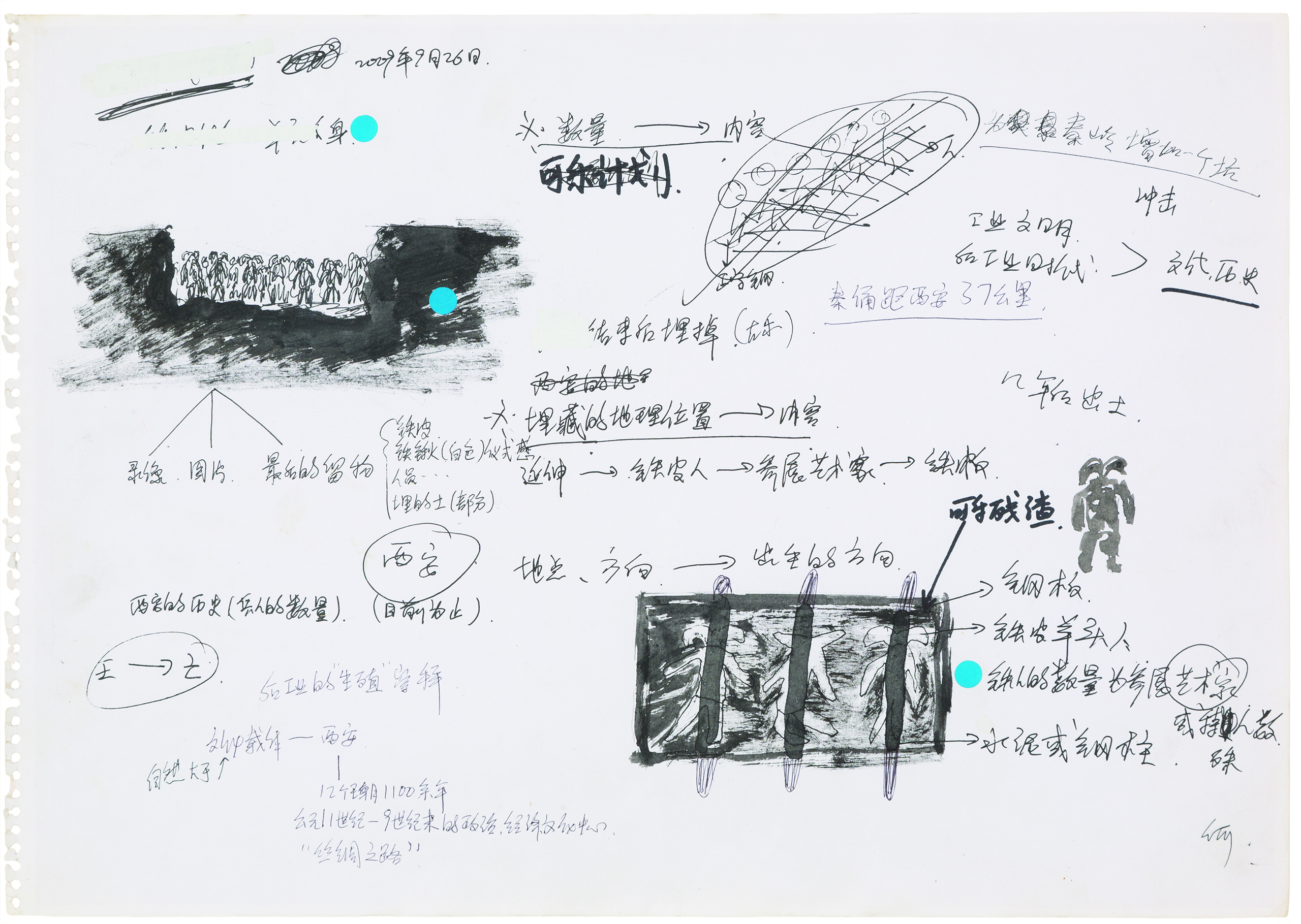 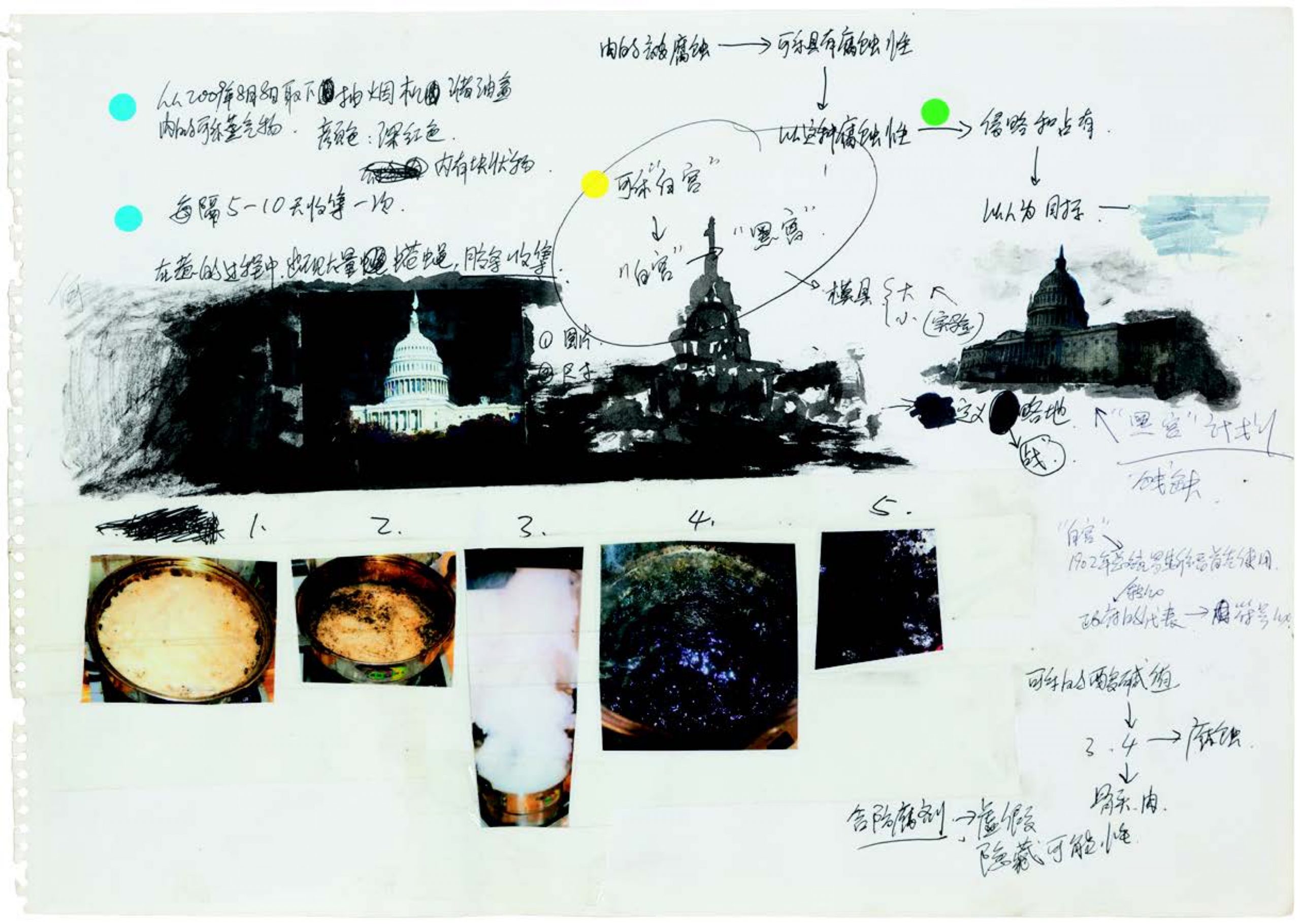